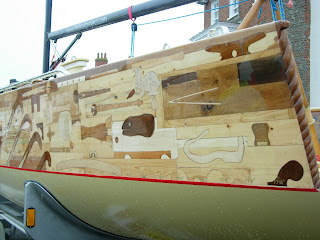 The splendid boat "Collective Spirit" (part of the Olympic Festival) was in Weymouth harbour for all to see over the last 2 weeks. I passed it many times during my stay there and always stopped to admire it. It is made of 1,200 people's wooden donations which each came with a personal story. The construction is a seafaring record of our lives.

Read and see more about the project at www.theboatproject.com 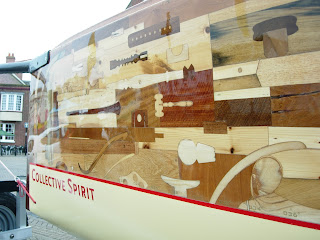 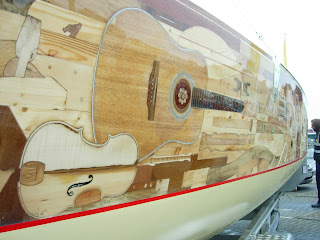 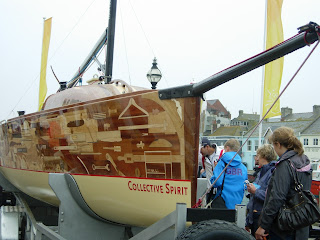 Some picture from my garden.. 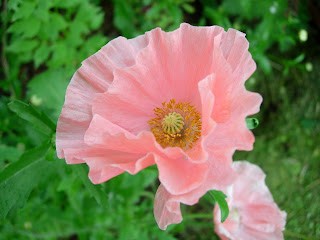 Lovely summer flowers are out despite the rain,
here are a few in flower at the moment! 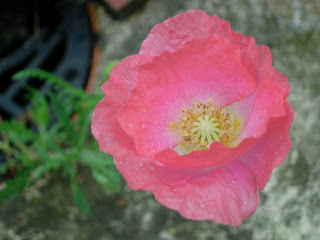 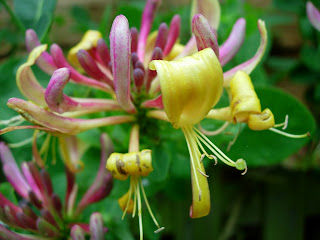 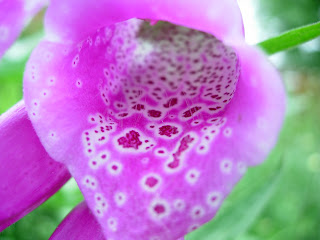 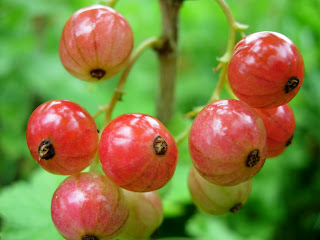 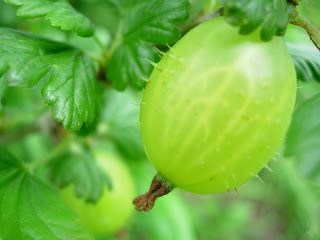 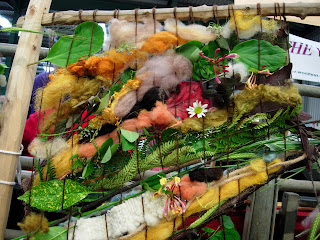 My first time at Woolfest in Cockermouth, Cumbria was very exciting and full of people into wool, sheep, textiles, fibre, felting, spinning, dyeing and colour.. a creative bunch too.

Here I did one of my Weaving with Nature workshops, which was very well received by florists, teachers, children and fibre artists inspired by colour, texture and pattern.

I also managed to get around the show on the last hour of the weekend, and not spend very much, (thankfully). 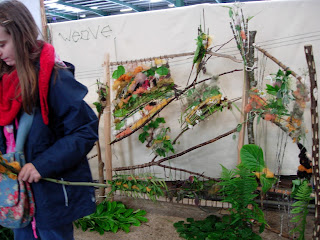 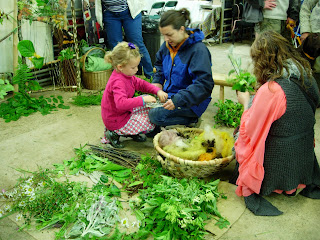 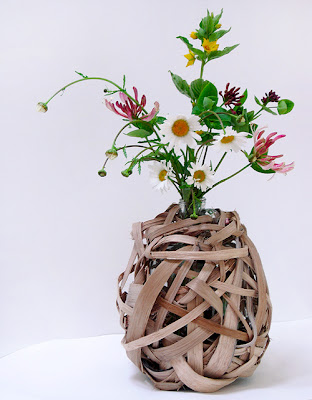 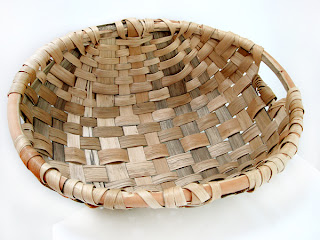 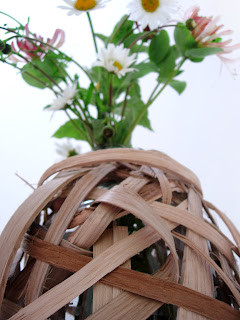 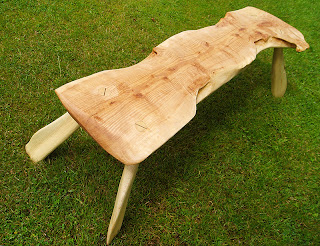 Here is a new bench I've just finished with a silver birch seat and ash legs. Very simple construction, but lots of interesting curves and waves in the legs and seat. A nice burr in the seat edge too.

And let me just gently remind you that commissions are also available! 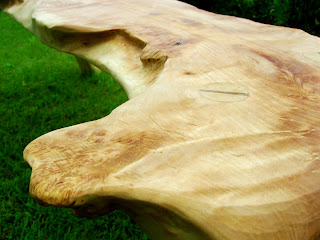 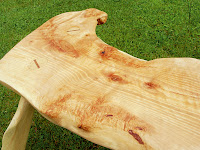 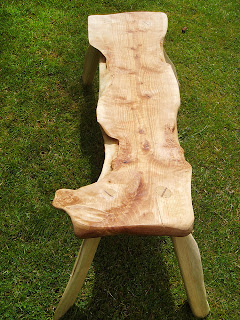 Here are the final photos of some very nice outdoor sculptural benches made at Clissett Wood last week (End of May 2012) on which I was assisting in the workshop. I hope my sense of humour didn't upset anyone! Most of the benches are made from Oak and Sweet Chestnut for outdoor use. We were sweating away in the searing heat of the workshop and drinking pints of water to stay cool! Gudrun was in her element with this freeform course, it's one of my favourite courses for the variety of ideas that are tried out.

Over the spring I was asked to run a series of Environmental Arts workshops by Wrexham  BTCV. These workshops were aimed at Unemployed women across Denbighshire and we ended up working on 2 sites, one in Denbigh and one at Bodelwyddan Castle for 5 days each.

Each day we did a different activity from Charcoal Drawing, Printmaking, Greenwood work, Feltmaking and Willow work.

PRINTMAKING with woodland leaves and flowers to explore their intricate designs and create our own patterns and prints. 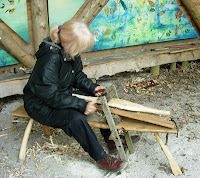 GREENWOOD WORKING
I designed a task to create a woodland xylophone from greenwood. This workshop was intended to give lots of taster experiences using different techniques in greenwood working such as splitting logs down into posts with mallets and wedges, using an axe to shape wood, using a shave horse and drawknife, searching for suitable materials such as hazel in the woodland, drilling and constructing all using hand tools and building team work.

The seemingly difficult task of splitting big heavy logs into something manageable or usable made a big impression on the woman and they were filled with confidence when they actually saw how easy and satisfying it was. Each person found something they particularly enjoyed in this session, whether it was using the shave horse, or splitting. 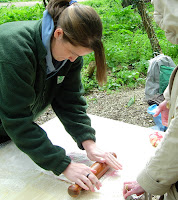 FELTMAKING
This workshop gave an overview of sheep wools, from raw fleece to the washing process and looking at the colours we can get from natural dyes. We then made some decorative felted soaps and felted stones (for doorstops or paper weights). We got very soapy!
Afterwards we made felted pots, berets or purses with a different felting technique. Sometimes the rain came down, our Denbigh site was quite exposed place to work..but they were a hardy bunch spurred on by cups of BTCV tea and biscuits! 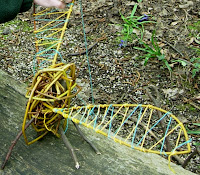 GIANT COBWEBS & WILLOW INSECTS
This session involved creating giant cobwebs in the trees by wrapping spun wool and yarn into a web shape. Our willow insects were created by finding forked branches to make legs, then wrapping and weaving willow to create body and wing shapes. 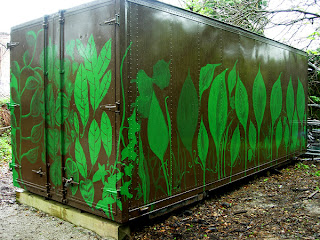 Here we sketched using charcoal, ink and sticks in the woodland, recording sounds, views and feelings in the environment. The group at  Bodelwyddan Castle were asked to camouflage a works container using only 2 colours! I asked the group to collect leaves and take inspiration from these for camouflage patterns. There is an abundance of Wild Garlic in the wood and one of the group decided to carry on this theme... 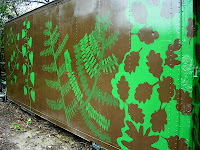 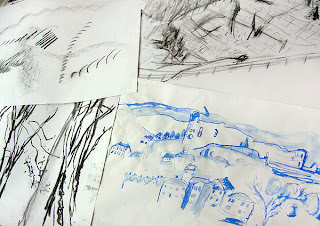 New Greenwood Scheme - the beginnings of a new movement?


Last weekend, a group of coppice workers and designers came together in a creative melting pot at Charlie Whinney's workshop in Cumbria to think, design and make using greenwood working techniques. Our aim was to thrust our skills and knowledge as greenwood workers into the contemporary market, bringing our craft bang up to date with modern design items suitable for the high end market. Ambitious? Absolutely!


After a day coppicing for various sizes of materials including hazel and ash we were each given a brief . My brief for example was called "Picture This". Can you make picture frames using reclaimed bits of glass? It should sell for between £10 - £100, to be made within 1/4 - 2 hours. I had a few ideas, but needed to test them out, and could they be made within the timescale?

On day two the designers arrived, we had introductions to everyone and their work, and then mixed into groups and given the 1/2 hour jam jar challenge by Charlie. Make something contemporary with greenwood, utilizing a jam jar!

There were lots of lighting ideas, some more complicated than others. I spent a frantic session on the pole lathe turning a stake for a garden light our team had devised. (I especially liked the twisted honeysuckle cabling that came out of this.) I then had a little idea of my own and had a go at my vase idea with oak spills that Owen Jones (Swill Basket Maker) had brought along.

Later that day we went to a conference at Blackwell Arts and Craft’s house in Windermere, Cumbria. There were some very simple and beautiful rooms here, not to mention the stunning views.

Talks were by Kathy Haslam, curator at Blackwell on the politics of the Arts and Crafts Movement, Ray Leigh on Gordon Russell and the Utility Scheme and key note speech by the designer Michael Marriott added to our own discussions on design and the coppice movement. Later that evening we all enjoyed an impressive meal courtesy of our hosts who own the Witherslack estate. Some of the party got a bit merry!

On day three and four we finally began work on our various designs using different greenwood materials and techniques, not all were successful and some ideas evolved through the process. The designers left us to work on our ideas having been inspired by the materials and scope of possibilities.
Here are a few photos taken by Maria, the wonderful organizer from Grizedale Arts. There were an awful lot more design ideas and prototypes which are not shown here...so watch this space! It is hoped that the final designs will form part of a contemporary greenwood pattern book so that other greenwood workers can make these items too.

There will be an exhibition of this work and hopefully a lot more will come out of this. We all found it highly beneficial as greenwood workers coming together, inspiring each other as designer/makers and seeing the potential of our craft. Hopefully, we can begin to push our craft into the contemporary market, offering a sustainable and intelligent alternative to plastic, throw away, mass produced consumer products.

You can join the newly formedNew Greenwood Scheme on facebook to keep up to date.